The world's most efficient open-pit copper mine

Aitik, just south of Gällivare in northern Sweden, is Sweden's largest open-pit coppermine. Ore is mined here around the clock from chalcopyrite that contains copper, gold and silver. The work in Aitik is done by some of the biggest machines in the world. They include rock dumpers weighing 570 tonnes when loaded, whose wheels alone are 4 metres across and excavators whose buckets can hold 45 cubic metres of rock. These machines are operated by nearly as many women as men, which makes Aitik one of the most gender-neutral mines in the world.

With over 750 employees, the Aitik mine is the largest private employer in Gällivare
Municipality.

During 2018 and 2019 a project for electrification of rock trucks was conducted in Aitik. Four CAT 795-trucks were adapted with current collectors, similar to those on railway carts, and a 700 m long test lane was built. The results were so promising that a decision was made in late 2019 to expand the project with a total of 3 km electrical lanes, including the existing one, and equipping ten more trucks with current collectors.

See the film about the project

Did you know that...

once a mine is exhausted, reclamation work is carried out to restore the area to become a natural part of the landscape again? The restoration of a mining area is already determined at the mine planning stage.

In 2019, around 40 661 ktonnes of ore were processed to form metal concentrates containing copper, gold and silver.

Complete production figures can be found in the Annual Report 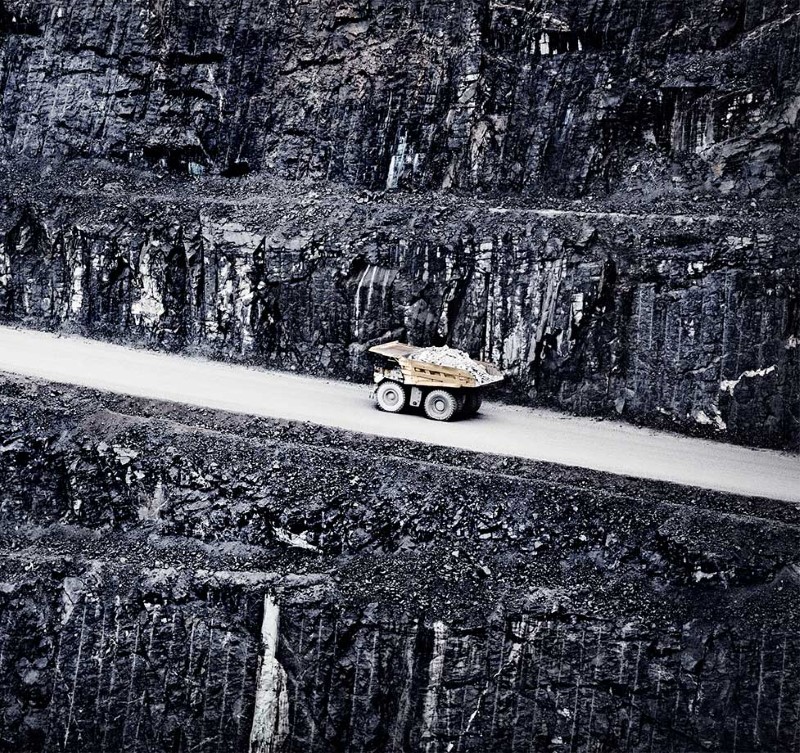 Our mines are among the safest in the world. Because automation allows us to make workplaces that are already safe even safer for our employees, our mines are becoming increasingly digitized.

At Boliden, we are currently conducting a unique initiative to develop automation in mines. It is taking place in a cross-functional programme with employees from the entire group together with partners such as Volvo, Ericsson, Atlas Copco, Sandvik and ABB.

The goal is to keep production running non-stop round-the-clock, but the greatest gain is improved safety.

Do you want to visit us?

ALL VISITS TO AITIK IS TEMPORARILY SUSPENDED UNTIL FURTHER NOTICE IN ORDER TO MINIMISE THE RISK OF CONTAGION FROM THE COVID-19/CORONA VIRUS.

A visit here in Aitik is usually something to remember. Because even if you can read about how big our machines are or how effective our concentrator is, few things probably top actually standing there, for real, in the middle of one of the world’s most effective copper mines. Let us show you how our mining operation works!

The world's most efficient open-pit copper mine

One of the world´s most productive underground zinc mines

Open pit mine in one of Finland's biggest mineral deposit areas

Copper mine in a geologically interesting area

The biggest zinc mine in Europe