We have now demolished our dam on the Skellefte River, at the closed Långdal mine. We have carried out the project with the least possible impact on the environment, not only in the local area, but also by reusing and recycling of sheet pilings. We have also minimized the project's carbon dioxide emissions by using fossil-free fuels.

The project has been truly unique. This is the only place we have a dam in a river, and it would be extremely difficult to obtain such a permit today. The focus of the demolition work has been to ensure the least possible environmental impact, as well as the highest possible safety levels for those working on the project.

Now that the project has been completed, we can state that we have fulfilled the permit requirements and avoided the major risks associated with the work.

“It has gone incredibly well and we can be very satisfied, bearing in mind the stipulated environmental requirements,” says Lars Anderson, project manager for the dam demolition.​​​​​​​​​​​​​​

The protective measures have permeated the entire project. For example, silt curtains have been used. The handling of these silt curtains has involved rigorous work aimed at minimizing turbidity as far as possible.

“The solution has been both expensive and time-consuming, but the effects have been good. Although we have had turbidity, this has not been judged to have had any negative ecological effects,” says Lars.

“When there has been excessive turbidity, we have been able to pause the work, such as halting the excavation process, and then taken the necessary action before resuming the work. As a result, we have effectively minimized the impact, and the County Administrative Board has come to the same conclusion,” says Lars. ​​​​​​​

The machines that have been used for the demolition work have been powered by HVO diesel. In addition, the iron sheet pilings present in the dam have been pulled up and reused as far as possible. All in all, Skanska, which has been our contractor on site, estimates that the use of HVO diesel has saved 140 tonnes of carbon dioxide. This is equivalent to half of the project’s total emissions*.

“If we also bear in mind that the sheet pilings are being reused and can replace newly manufactured sheet pilings, their use in new projects can be viewed as a major climate saving,” says Andreas Vallmark, Sub-Project Manager Environment.

A number of tasks remain and these will be carried out during the autumn and in 2022.

“We will remove the last remaining waste rock from the old mine and transport it to Kankberg, where it will be used as fill. We will then decontaminate certain parts of the area that have not been completed, such as the storage area and the roads. We will also sow the slopes heading down towards the river in order to counteract erosion, erect a barbecue area and introduce fish as a compensatory measure,” says Andreas.

The dam before the demolition started 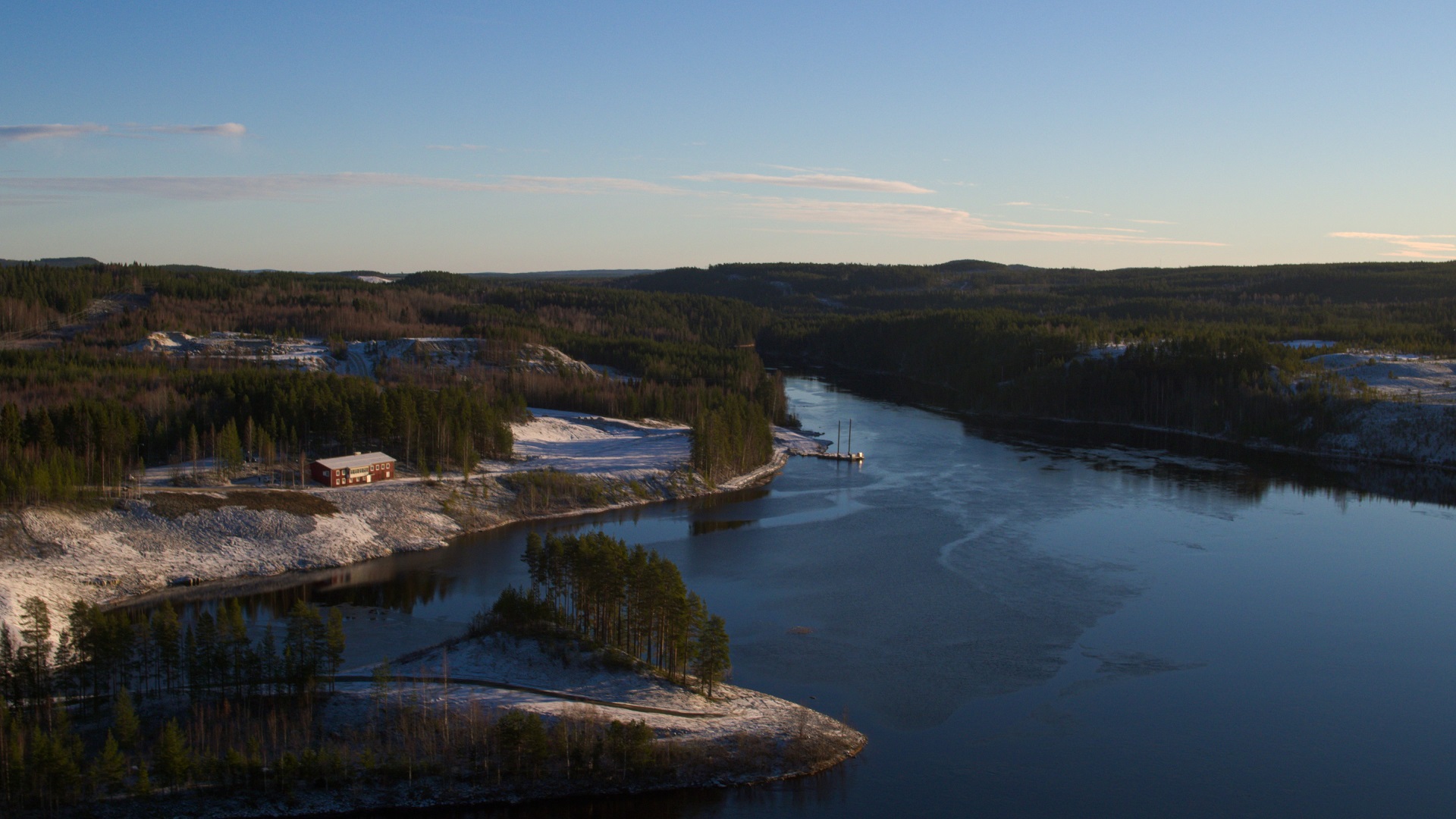 The Skellefte river after the project ended