Meet Garpenberg, Sweden’s most modern mine

The 68-metre-high headframe can be seen from a long way away – a windowless concrete skyscraper with a key role to play in the mining area.

Here, over 400 tonnes of crushed ore are raised every hour with the help of a huge rock hoist that maintains a speed of 17 metres per second. It takes just a minute to raise a load from the deepest level of the mine, which lies approximately one kilometre below the surface.

This is just one of many new investments since Boliden decided to invest heavily in expanding Garpenberg in 2011. The investment, totalling SEK 3.9 billion, which included everything from fixed installations and machinery to advanced IT systems for remote control and automation, has enabled Boliden to streamline mining at Garpenberg, and achieve a production figure of 2.5 million tonnes of ore per year. 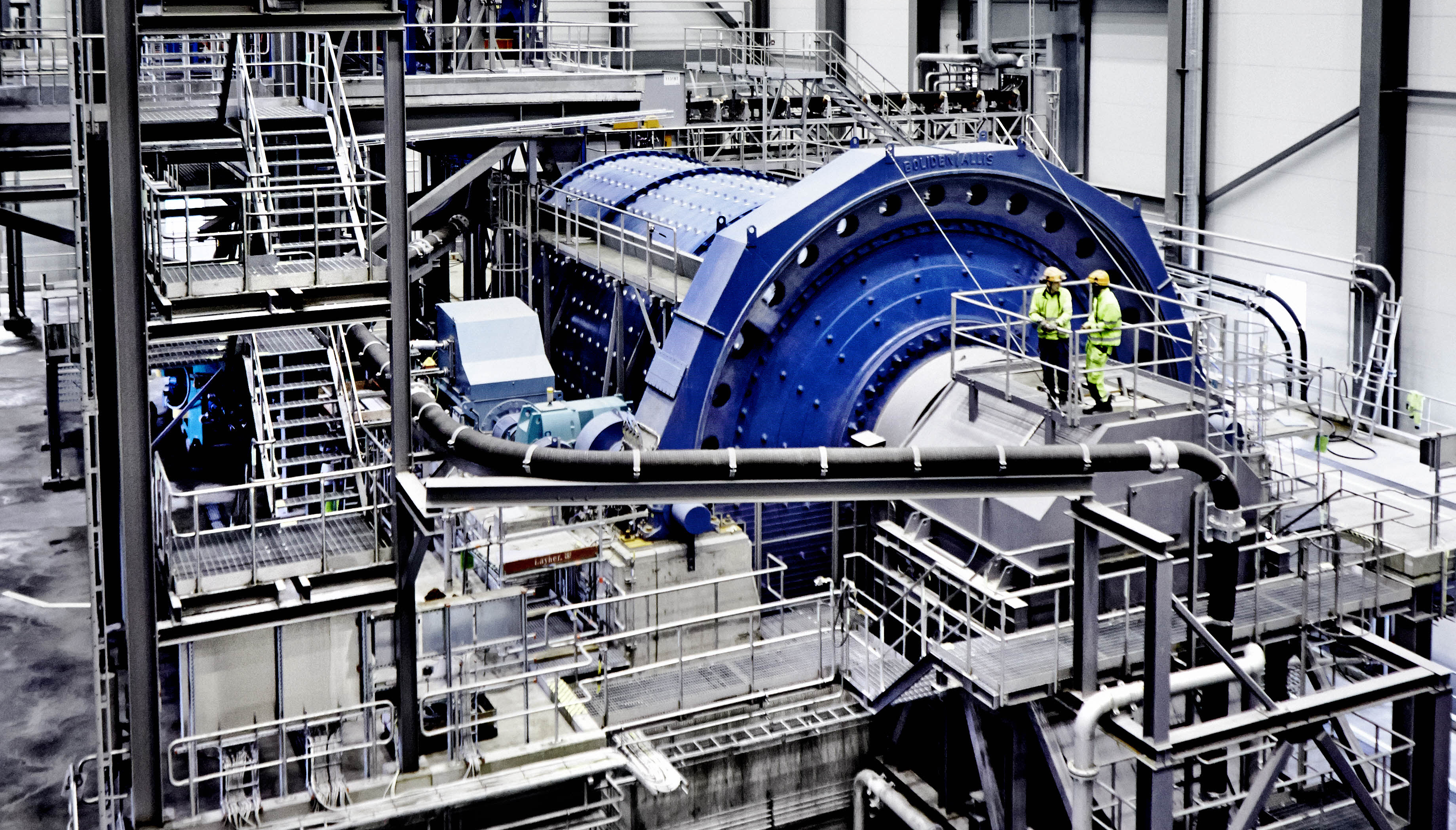 “Things looked a lot different when I started as a miner 15 years ago. Back then the mine’s future was uncertain and the entire operation was under threat of closure,” says safety representative Dan Östman, who greets us at the lift down through the mine’s newest shaft.

This part of the mine was commissioned in the spring of 2014, after three years’ intensive expansion work both above ground and below. In addition to Boliden’s own project organisation, around 800 contractors were hired during the comprehensive expansion of operations, which resulted in Garpenberg becoming Sweden’s most modern mine, and one of the world’s most efficient.

Previously it was thought that mining had started in Garpenberg in the 13th century, but the latest research from Umeå University shows that there was mining in Garpenberg as early as 375 BC. That’s 2,400 years ago! Garpenberg is thus probably Sweden’s oldest mining area still in operation.

Mining today in no way resembles the mining of yesteryear. “A lot of heavy manual processes have been replaced with computerised machines,” says Dan, pointing to an enormous drilling rig waiting to be serviced at the mine’s fully equipped workshop, which is situated 900 metres below ground.

Nowadays a miner’s most important tool is a joystick or tablet, which  is used to control everything from drilling and blasting in underground cavities to loading and crushing the mined ore.

The same is true of the next stage in the extraction process, which takes place in the adjacent concentrator – a building over 200 metres long to which the crushed ore is transported by conveyors via an intermediate ore storage facility above ground.

General Manager Jenny Gotthardsson is used to guiding industry colleagues and other interested visitors through the state-of-the-art facility. In order to be heard over the deafening noise, she uses a wireless microphone and headset when providing information on the latest developments in the concentrator’s three crucial processes: grinding, flotation and dewatering.

“The principles for this method of separating the correct minerals from the waste rock were first established at the end of the 19th century, but the production methods used have, of course, changed beyond all recognition since then. And they are still evolving today. We are constantly working to fine-tune everything from chemical additives to material flows in order to optimise the process and safeguard the quality of our end products – zinc, copper and lead concentrates,” says Jenny.

She points to a 70 m³ flotation tank and the bubbling grey sludge inside as she explains that the contents are analysed online every six minutes. All this is done automatically and monitored from the control room, which is situated in an office building next to the concentrator.

After the noise of the unmanned production hall, the silence here is palpable. Four process operators sit in front of large screens, keeping a check on the flows and samples and watching for any alarms from the various concentration substations. “The new facility has generally resulted in a more refined production chain providing greater capacity and a greater degree of automation. This means that we can produce almost twice as much as before with the same number of employees,” says Jenny, before saying that the process remains ongoing.

“That is what is so fascinating about working with process improvements. There is always some little detail you can tinker with in order to be able to extract that little bit more from our rich raw material.”