On 27 March 2019, the Court of appeal in Umeå announced its verdict on the dispute relating to Boliden’s deliveries to Arica, Chile in the mid-1980s. The Court found, similar to Skellefteå District Court, that Boliden has no liability to pay damages. Due to questions posed by UNHR to Boliden in 2021, it can be stated in summary that Promel in Chile had the ability to handle the material in question, which they also did to some extent. Both Swedish and Chilean authorities were informed about the export and that Boliden could not possibly foresee that authorities many years later would allow housing construction in the area. The entire correspondence between Boliden and UNHR can be found below.

Boliden’s assessment is, which was confirmed by the verdict from Skellefteå District Court, that the deliveries were made with care and in consultation with the Swedish authorities and after authorisation from the Chilean authorities. Furthermore, there is no link between the smelter sludge and the arsenic exposure that the individuals in question claim to have suffered.

Boliden – a player in the global metals industry

Metal companies process a number of different metals and other substances which are, in many cases, both toxic and environmentally hazardous, but which, once refined, also constitute a valuable resource for extraction operations. One company’s residual products are often another company’s raw materials.

In much the same way as Boliden sends residual products to other companies that can extract metals and other substances from them, Boliden also receives residual products from other metal companies, from which we recover resources. All in all, this enables the amount of final waste that needs to be disposed of to be minimised.

Between 1984 and 1985, Boliden delivered a total of approximately 20,000 tonnes of smelter sludge from its copper smelter plant Rönnskär to the Chilean company Promel, in the city of Arica. The smelter sludge was a residue that came from Rönnskär’s arsenic plant and contained, among other substances, arsenic, lead, iron, gold and silver. In the early 1980s it was established that there was insufficient capacity in the processes at the Rönnskär plant to make use of the smelter sludge, and so various alternative means of dealing with the material were considered, one of which involved processing the material as part of another company’s process.

Boliden first contacted Promel in 1983, as part of Boliden’s careful evaluation of potential recipients of the smelter sludge. The parties subsequently entered into an agreement to the effect that the smelter sludge would be purchased by Promel and exported to Promel’s facility in Arica in Chile. Chile was a significant mining country and Promel had many years’ experience of arsenic extraction. Having purchased the material, Promel would independently process the smelter sludge and produce two main products (crude arsenic and calcine containing, among other materials, gold and silver) that could be sold on to other metal companies. Promel’s facility – which was enclosed and situated in an industrial area next to the desert in the outskirts of Arica – was ideally suited for this purpose.

After sending a couple of samples to Promel for laboratory-scale testing, as well as to the Chilean authorities supplemented by a visit by Rönnskär’s then Head of Environment, a first shipment of smelter sludge was sent to Chile in August 1984.

In October of the same year, Rönnskär’s Head of Environment made another visit to the site to see how the material had been processed. Full-scale processing had not yet begun, but trials using 500 kilo batches had yielded positive results. A representative of the Chilean health authorities in Santiago was also present during this second visit. It was decided that the second delivery would be postponed until positive results had been obtained from larger scale tests. In October 1984, Boliden was notified by Promel that they had begun full-scale processing and that they were now awaiting the next delivery. A second shipment was sent in November 1984, with the third and final shipment following in July 1985. During the period between the second and the third shipment, Boliden made an additional visit to Promel and was able to confirm that processing of the material indeed had begun.

The export of smelter sludge during 1984–1985 complied with all applicable laws and regulations at that time and was conducted under the strict supervision of the relevant authorities in Sweden and in Chile. Promel had all the relevant permits for import, storage and processing of the material, and Boliden carried out careful inspections to ensure that the material would be processed appropriately.

Upon completion of the final delivery of smelter sludge during 1985, the contacts between Boliden and Promel ceased. Much later on, Boliden learned that Promel subsequently had ceased processing the smelter sludge, closed down its other operations at the facility, and left the smelter sludge and other residual products in situ. It has also emerged that the Chilean authorities permitted and assisted in the construction of residential areas immediately adjacent to Promel’s facility. Despite the Chilean authorities being aware that Promel had not dealt with the smelter sludge or the other residual products from the company’s former operations in a responsible manner, no safety measures or other precautions were taken by those authorities.

During the latter half of the 1990s, a suspicion arose that people living in the residential areas next to Promel’s facility in Arica were being exposed to e.g. lead and arsenic. The general understanding was that dust from the smelter sludge had been spread by the wind, contaminating the area around Promel’s facility. It was not until 1998, after this had become public knowledge, that the Chilean authorities took steps to ensure that the smelter sludge was relocated to the desert outside of Arica for safe storage and that the former storage site was decontaminated. The decontamination of other parts of Promel’s former facility – where other residual products had been left by Promel – was only completed in around 2010.

The same year as the smelter sludge was relocated, Boliden learned that the material which had been exported to Promel many years earlier was suspected of having caused health issues among people living close to Promel’s former facility. Boliden offered on numerous occasions to make the company’s experts available to assist the authorities in Arica, but these offers were never accepted.

In recent years, legal proceedings in Chile have established that Promel and the local health authority in Arica have acted negligently and are responsible for the harm deemed by the courts to have been suffered as a result of improper handling of the smelter sludge. Damages have also been paid to a large number of the affected individuals.

Boliden, on its part, has conducted a comprehensive investigation both internally and with the assistance of independent external experts to clarify the factual circumstances summarised above. The overall assessment is that Boliden took all reasonable investigative and precautionary measures in connection with its export of the smelter sludge and cannot be held responsible for the faults made in the subsequent treatment of the material.

In 2013, the company Arica Victims KB filed a lawsuit against Boliden at Skellefteå District Court on behalf of just over 800 individuals from Arica who allege to have been exposed to arsenic due to the smelter sludge. Boliden has denied that the company acted negligently and on this basis could be held liable in damages. Furthermore, the independent experts engaged by Boliden have conducted thorough scientific studies, which strongly challenge the existence of a link between the smelter sludge and the arsenic exposure that the individuals in question claim to have suffered. 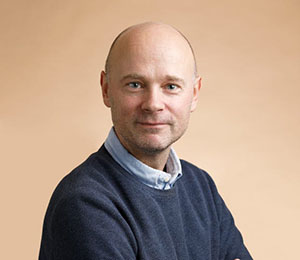